First of all thank you for choosing our products
FS-S100x series is a set of very precise single-cylinder four-stroke model engines. Before operating your engine, this article  give you a preliminary understanding of the functions of the various structural components of the engine in your hands.

1. Engine Hood
It plays a dustproof and decorative effect when the engine is shut down or running

4.Idle mixture
The auxiliary fuel needle is also called [low-speed fuel needle]-manages the fuel supply of the engine at idle, idling to medium speed, and medium speed. As the engine speed increases, the fuel supply ratio of the low-speed fuel needle will gradually decrease. [Low Speed ​​Oil Needle] and [High Speed ​​Oil Needle] ~ The counterclockwise direction is "open" ~ the clockwise direction is "OFF". 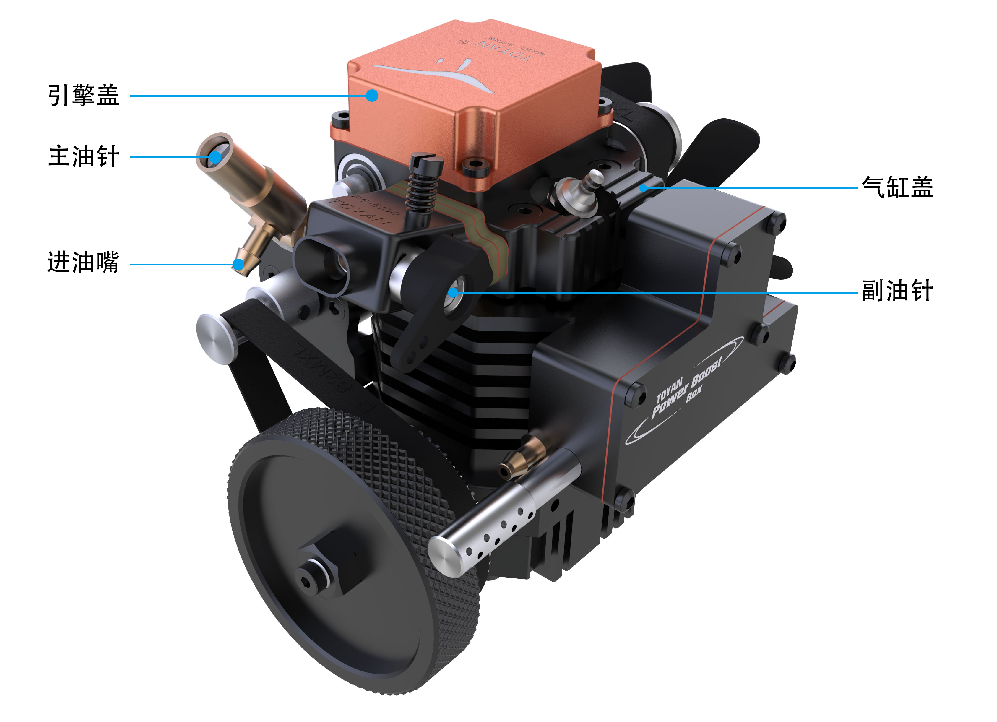 5.Start Motor
As we all know, the starting of the engine requires the support of external force. The function of the starter motor is to use the current from the battery and make the drive pulley of the starter produce mechanical movement; thus, the flywheel of the engine is driven by the one-way bearing pulley to realize the start.

7.Flywheel
The main function of the flywheel is to store the energy and inertia outside the power stroke of the engine. At the power output end of the crankshaft, which is the side where the work equipment is connected

8.Fuel Inlay
The interface where the fuel enters the carburetor is called the fuel inlet, which is connected to the fuel tank outlet pipe 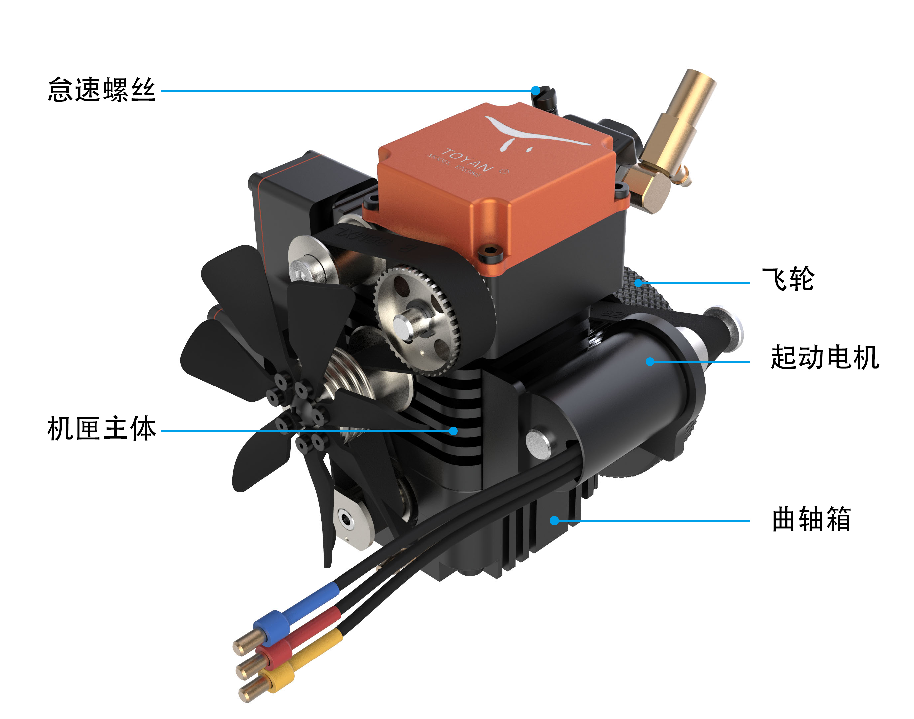 10. Idle screw
[Idle speed screw]-manage the engine idle speed, after the new machine is run-in and debug state, it can determine the future [low speed oil needle] and [high speed oil needle] poor and rich oil status, so the [idle screw] can be called the entire engine debugging The axis of the carburetor, and the [idling screw] is a carburetor adjustment screw that separates the two extremes of important and unimportant. In summary, the [idling screw] is definitely not an adjustment screw that can be left alone.

11.Carburetor
The role of the carburetor mixes a certain amount of fuel with air to make the engine run normally.

12. Camshaft
Its function is to control the opening and closing of the valve. The main body of the camshaft is a cylindrical rod with approximately the same length as the cylinder group. There are several cams on it to drive the valve

13. Exhaust nozzle
After the engine has been running for a period of time, the waste lubricating oil after burning the internal fuel of the engine is discharged out of the engine through the drain nozzle 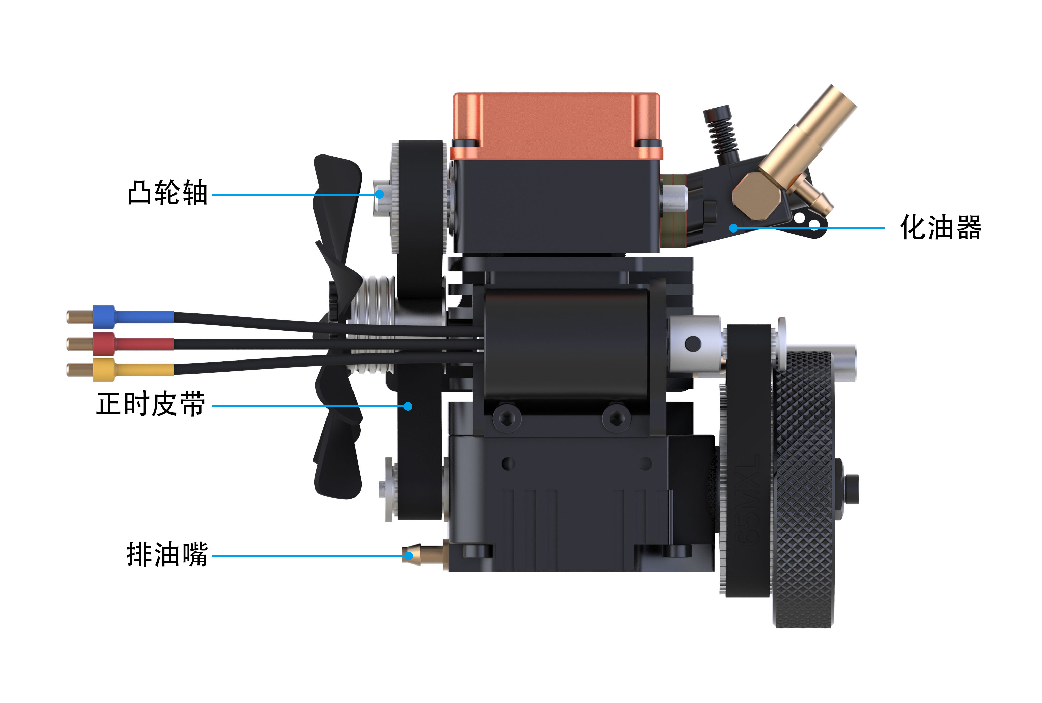